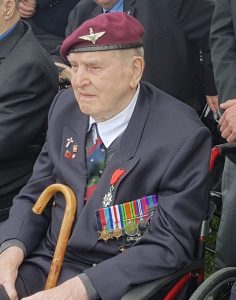 Ron Tucker lied about his age and joined up at 16. He was just 18 years old when he parachuted into Normandy as part of the 9th battalion, tasked with assaulting the Merville Battery. He went on to fight in the Rhine Crossing campaign, and was awarded the Legion d’Honneur in 2016.

At one point during the campaign he had a lucky escape when a bullet passed between his webbing and hit the crucifix in his pocket.

Ron’s story is told in the book ‘A Teenager’s War‘. 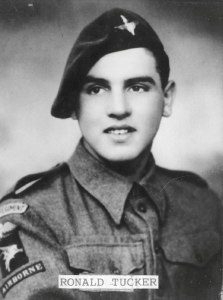